There is not a soul in the Low Countries who is not familiar with the English word boy. But what most people probably do not know is that of old it also existed on the continent and has been preserved in Frisian and the Low German dialect of Groningen, among other tongues. There it was not borrowed from English, mind you, but inherited from the common, ancestral language: Old Germanic.

In the dialect of Groningen it is found in the forms bòi, bui and buie. Frisian knows it as boai, boi and boie, diminutively also boaike and boike, and moreover with sharpening poai, poaike and poike – those last three refer not only to boys, but also small children in general and even colts. What is the background of this word? And how does it relate to Swedish pojke ‘boy’? A reader posed these questions to me the other day and I am happy to make an attempt at sorting it out.

Over the last centuries, many a scholar has devoted many a page to the origin of the word. It was, for instance, said to be related to Dutch boef ‘scoundrel’ and German Bube ‘knave’. The Russian-American etymologist Anatoly Liberman wrote an extensive review of past efforts some years ago, preferring the thought that it was originally a baby word for ‘(little) brother’. I would not rule it out, but it is not a satisfying conclusion. Regardless, I prefer another interpretation, one which hasn’t been proposed yet, as far as I know.

As said, beside English the word also occurs in various forms in Frisian and Gronings. In the Middle Ages it was also used farther to the south: in Holland and Flanders it was written down in the (regional) spellings boye, boeye, boie and boeie. It was also popular as a name, as attested by Old English Boia, Old Saxon Boio and Old High German Boio and Poio, among others.

On account of its peculiar vowel, the word is not easy to fathom. Was this, for instance, originally long or short? We would progress a great deal if we could determine the Old Germanic form of the word with some degree of probability. To do this we must look for words that resemble it and of which we know the sound development.

In other words, we are looking for words that rhyme well with Frisian boai and Gronings bòi and bui. Luckily we need not look very far, since we have at our disposal Frisian loai and Gronings lòi and lui, the cognates of Dutch lui ‘lazy’. In medieval Holland and Flanders, the spelling thereof was loy, loey, loei and leuy, which in turn well fits boye, boeye, boie and boeie above. (I will later return to the ending-e of some words.) Vice versa that would mean that the standard Dutch form of boy is therefore bui, by the way. We can futhermore compare Dutch hui ‘whey’ opposite old, regional forms/spellings like hoy and hoey.

Well then, since lui and hui and the like are generally thought to continue Old Germanic *lujaz and *hujaz, it is plausible that bui and boy and such continue *bujaz. But was its meaning already ‘boy’ at that time? And could it in any way have anything to do with Dutch bui ‘shower, squall’?

To answer those questions we will look for possible cognates outside of Germanic. On the Indo-European language tree, the Germanic branch does not hang far from the Slavic branch, and hanging from that are a few words that –in form at least– well fit our *bujaz. On the one hand there is Proto-Slavic *bujь, the precursor to Old Church Slavic bui and Old Czech buj, both ‘mad, foolish’, on the other hand there is an extended form: Proto-Slavic *bujьnъ, the precursor to Church Slavic buino ‘boldly’, Russian bújnyj ‘wild, tempestuous’, Czech bujný ‘lush, tempestuous’, Slovak bujný ‘lush’, Polish bujny ‘lush’, Serbo-Croatian bȗjan ‘wild, stormy’ and Slovenian bújən ‘luxuriant, lush’.

Rick Derksen, the author of the latest etymological dictionary of the Slavic languages, connects these words with Sanskrit bhū́yān ‘bigger, strong’ and together traces them back to the Proto-Indo-European root *bheuh2– / *bheh2u-, of which the general meaning varies from ‘to swell, grow’ and ‘to bud, come into being’ to ‘to be, exist’. This root is well represented in the Germanic languages. One may think, for instance, of English to be and Dutch ik ben ‘I am’ and bouwen ‘to build’, which formerly meant ‘to dwell’ and initially ‘to be’.

In the case of the aforementioned Slavic and Sanskrit words the starting point is ‘to swell, grow’. That is to say, the meanings ‘mad, foolish’ and ‘bold’ developed, by way of ‘haughty, pompous’, from ‘swollen/swelling in spirit’, whilst ‘wild, tempestuous’ developed from ‘swollen/swelling of the air’ and ‘lush, luxuriant’ is simply ‘strongly grown/growing’.

If Proto-Slavic *bujь (with its extension *bujьnъ) really is cognate with Old Germanic *bujaz –and it certainly looks that way– then it is not only in form, but also in meaning. That is to say, *bujaz is then probably an adjective meaning ‘growing, swelling’. This was later substantivised into a name for ‘child, young one’ and eventually ‘boy’ in particular. From the weak declension *bujō ‘(the) growing, swelling one’ come the forms which end in -e, like Gronings buie (beside bui and bòi) and Frisian boie (beside boi and boai).

For the development of the meaning, we can draw a parallel with Old Germanic *jungaz, which according to the etymologist Guus Kroonen originally meant ‘maturing’, and which was also substantivised over time: on the one hand neuter and strongly declined as Dutch een jong ‘a young, cub’, on the other hand weakly declined as Early Dutch de jonge ‘the young one, the boy’ (now de jongen with -n from the oblique case).

In its more original meaning of ‘growing, swelling’, *bujaz also lurks in some obsolete derivations: English boyne ‘to swell’, boine ‘swelling’ and boysid ‘swollen’. There was, moreover, English boy as a name for the devil, which in this case ought not be taken as ‘child’ or ‘boy’, but as ‘proud, haughty’ or ‘wrathful’ or the like, from ‘swelling in spirit’. Though for those speaking Dutch, the best-known derivation is of course bui ‘shower, squall’, which meant ‘thunder cloud, storm’ in the past and thus originally ‘swelling of the air’. One may think of existing expressions like het zwelt ‘it’s swelling’ or de lucht zwelt ‘the air is swelling’ for when the sky is becoming overcast and dark, as a harbinger of bad weather. It is a development of meaning which we could also see with the Slavic cognates.

In closing, as said there is Swedish pojke. It does not appear in written form until the 16th century, and is generally taken –with good reason– to be borrowed from Finnish poika ‘young, boy’, which after all has old cognates in related languages, like Estonian poeg. The likeness between Swedish pojke and especially Frisian poike is then simply by sheer chance. But there is bound to be a bold etymologist somewhere who would dare argue that the Finnish, Estonian and other Finno-Ugric words were once borrowed from (a precursor to) some form of Old Germanic *bujaz.

Postscript (January 21)
In light of the sound development of Gronings mòien, muien ‘to bother’ and Dutch moeien ‘id.’ from Old Germanic *mōjanan, we might consider *bōjaz (weak *bōjō) beside the aforementioned reconstruction *bujaz (weak *bujō). This would entail that the regular Dutch form would not be bui, but boei (weak boeie). In that case the surname/patronym Boeijen would not merely preserve an old spelling, but the regular form. Yet in light of the development of Frisian muoie from said *mōjanan, we would expect Frisian buoi (or boei) and not the existing boai and boi. It is, however, possible that muoie was borrowed from Dutch.

Should it really be *bōjaz, then through an older form *bheh2u-io- (instead of *bujaz from *bhh2u-io-), it can still be connected with the Proto-Indo-European root *bheh2u- / *bheuh2– without difficulty, and thus also with Dutch bui ‘shower, squall’.

Finally, it is yet possible that both forms were in circulation.

Liberman, A., “Boy” in An Analytical Dictionary of English Etymology (Minneapolis, 2008) 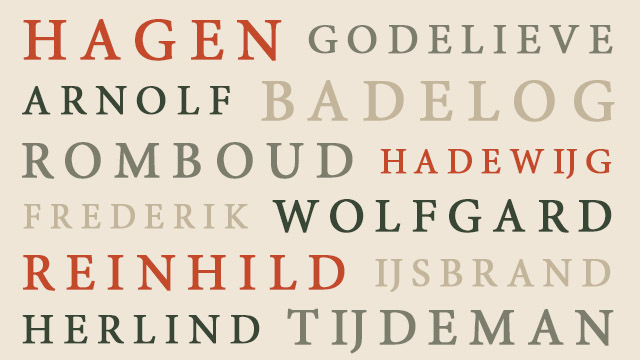 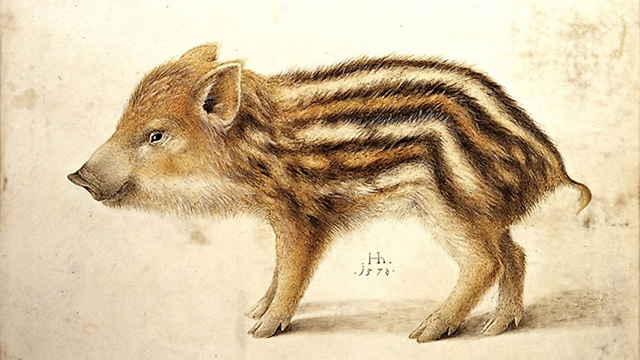 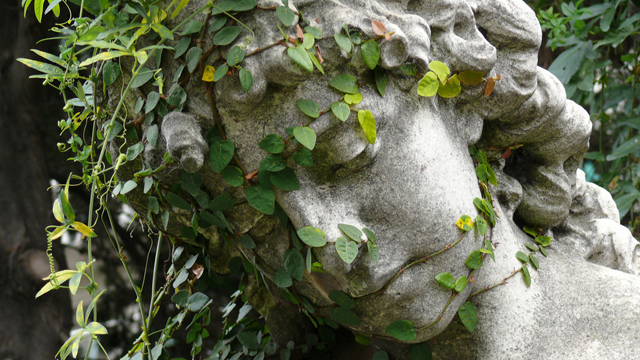 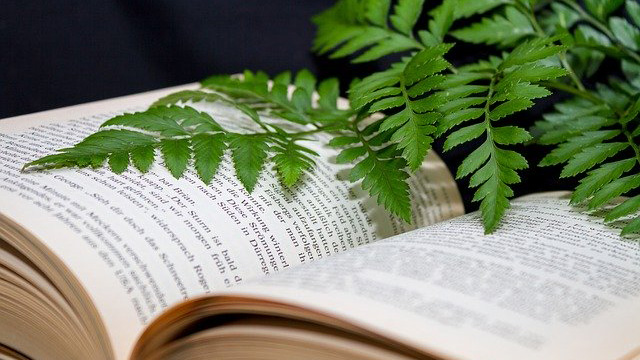 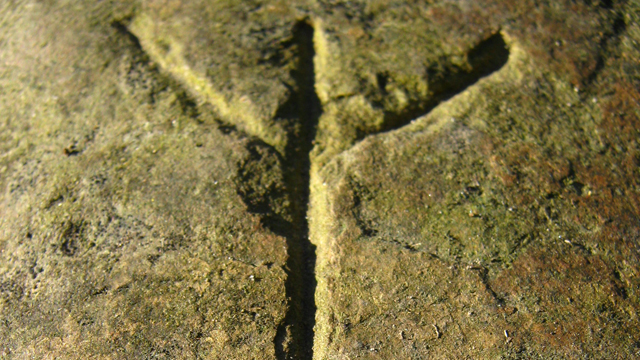 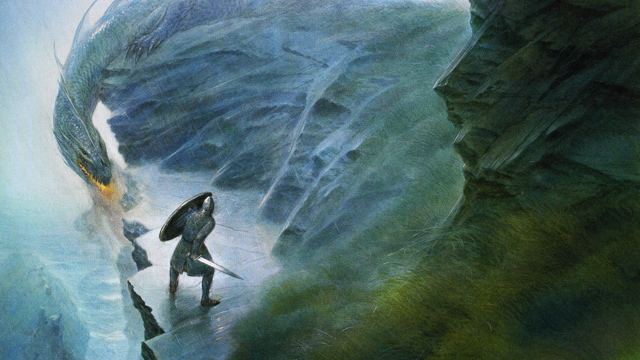 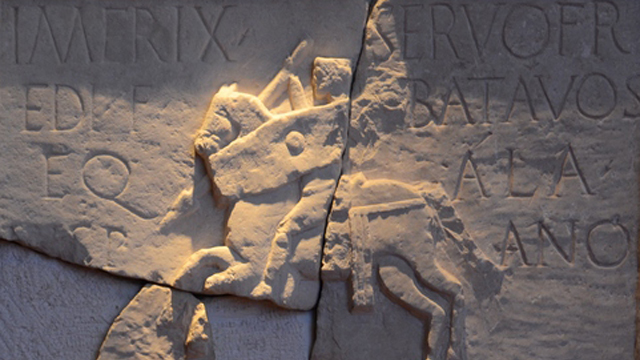 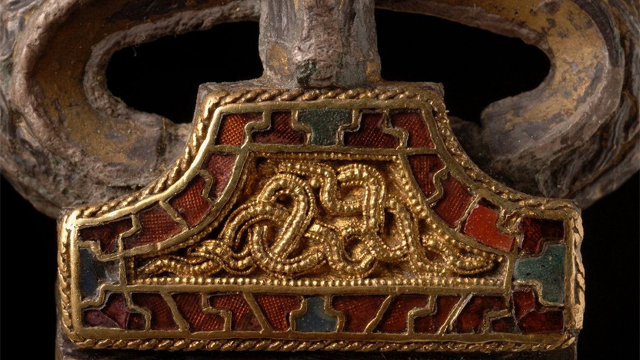